What’s the Difference Between a Crossdresser and a Transsexual?

Home / Articles / Transgender / Am I Transsexual? / What’s the Difference Between a Crossdresser and a Transsexual?

It’s an old joke in the transgender community that goes like this:
Q: “What’s the difference between a crossdresser and a transsexual?”
A: “Two years”

This provides some humorous levity while astutely implying a truth about transsexuals – many of them started out as crossdressers. Unfortunately, while it makes for a fun observation it doesn’t really provide any useful insights for those who are struggling with their gender identity, or for others who hear that someone they love is a crossdresser.

It’s also easy to describe the difference between a crossdresser and a transsexual by sharing the definition of each word and describing transgender terminology.

It’s more difficult to help those struggling with their gender identity determine whether they are a crossdresser or transsexual, though I’ve made such an attempt a few times.

Five days ago I had sex reassignment surgery. As someone who once considered themselves a crossdresser, and now considers herself a transsexual woman without question of doubt I feel I’m in a position to provide some valuable insight for those struggling with a similar question. It goes without saying that each person is different, and this question is best explored together with a qualified therapist, after all you’ll make life altering decisions based on what you discover.

How Do I Know if I’m a Transsexual?

Embrace Who You Are

Gender Identity isn’t a game that you win by being more feminine. The only way to win is to discover where you are on the spectrum, and accept yourself unconditionally. If you’re not a transsexual, that’s okay. If you are, that’s okay too.

I really love this article (not sure about the joke though LOL) – I realized I was just a transvestite/crossdresser on my first night dressed out having spent it with two transsexuals. I was just so different. But for me the difference it’s quite simple – the desire and need to dress up is mainly a sexual one for transvestites/crossdressers – if you just look at the type of clothes transevitites/crossdressers wear as they tend to be more sexually overt (short skirts/dresses etc) even when they are too old for the look – and for transsexuals try and blend with… Read more »

Thank you so much for the article, I thoroughly enjoyed reading it, I have always questioned my gender these last few years, and where I fit in. Even from the very start with cross-dressing, it had to be perfect . I had to be perfect. I wasn’t going down this path because I wanted to be some guy dressed up in ladys clothes, there was always so much more. while some dressed to go out to sex on premsises at night I didn’t, dressing cheap wasn’t what it was about/ I was becoming a woman, Most things in my life… Read more »

I think the difference is different for everyone. While I have been a cross dresser and bi-sexual since I was 15 and prefer to be dressed I have never had the feeling that some transgendered have explained to me they have about feeling trapped in the wrong body.

I enjoy the feminine feeling when dressed but I don’t have the feeling I should go any further then dressing.

I respect those who have those feelings and support what they decide to do. Just as my transgendered friends support that I won’t take it farther then I do.

Very interesting article. I am a mother of a cross dresser. He started when he was very young, three years old. I had concerns and he attempted to hide it for years. I saw his struggles first hand. He has since decided to embrace his cross dressing and is completely open about it. Which is refreshing, as we discussed when he was in his teenage years, be who you are and never live in shame. Anyways, he has explained to me that for him and many other cross dressers he knows, cross dressing is like playing dress up, in a… Read more »

Very good article enjoyed . I feel I fit somewhere in between feel much more comfortable dressed as woman and it’s not really sexual. If I been from different decade would have had surgery but wasn’t acceptable in the sixties

How true luv feeling fem as a crossdresser, a little on the gay side like making out with men,hard to find men to make out with as a gurl though.

I have always felt that i should have been a girl. And the need to dress has always been there but i want to be blending in not stand out like a beacon. I like to dress my age and yes when i have sex i am always the submissive female but its not only for sex. I want to be female in all daily aspects good and bad.

Honestly, I am a crossdresser.I don’t do it 24/7,because for me it is just sexual. I’m actually dating a mtf transexual, so I can understand the difference.

If you’re transsexual, that OK. If you’re a cross-dresser, that’s OK. If you’re an androgyne, that’s OK too. The thing I hear trans women say is that they were born in the wrong body. Some say they reached a point where it was transition or die, they just couldn’t go on living as they were. I don’t believe there’s a cross-dresser in the world who would get that radical about how the feel about cross-dressing. But what about those who reach a point of not being able to go through a single day without expressing the feminine nature within, but… Read more » 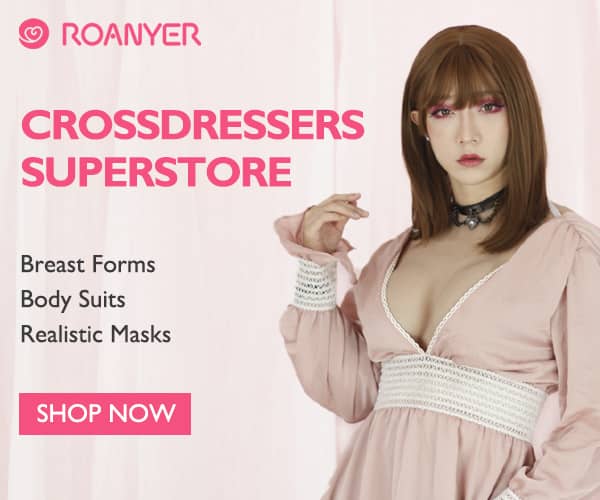 Have you ever wanted to feel what it is like to be pregnant?

Red hair, yes or no