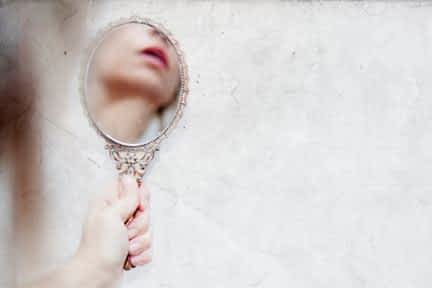 I have plenty of sad stories to share—break-ups, awkward silences and evil stares, but I thought I would much rather share some positives in my first introduction article. My femme name is Brina MacTavish. The image of a fiery redheaded Scottish lass—think Merida from Brave—should come to mind. Not for lack of trying, but red isn’t my color, and I can’t pull off the tight green bosomed dress either.

Like many of you, I’ve gone through minor and major metamorphoses throughout my lifetime. Always trying to figure out that inner woman, who slapped me silly too many times to count, as I motored down the rollercoaster highway of this amazing, fearful, and accepting journey to who I am. It’s taken me nearly forty years to say this phrase, “This is who I am.”

Brina has always been inside of me, but it wasn’t until I let her completely out that I found out how much she mattered, and how much I needed her in my life. She’s made little appearances throughout my life, the time I had on my sister’s dress and my mother’s shoes when I was twelve, and my sister came home early. I did what anyone in my situation would have done, dove over my sister’s headboard and cowered in the corner for nearly two hours before she went to the bathroom and I could escape. I did learn some interesting things to use against her later, as I eavesdropped on her phone conversation with her boyfriend. Later, I had to sweat it out getting her dress back into her closet without her seeing it was missing—another anxious heart beating bit of skullduggery adventure.

Until you’ve lived it, I don’t believe there is a more stressful life than being a closeted crossdresser or a questioning transgendered afraid of others learning the big secret. It’s petrifying to be constantly worrying about being ousted before we are ready to be, or to have someone find your well-worn pair of high heels. I’m still not out—not in public. For a brief time, I did belong to a local group and made it to a couple of functions. I’m also an introvert, which doesn’t help. I don’t own a purse, but I will someday. My daughters know that I have tendencies; I’ve shared some, but nothing since the divorce ten years ago. The fear of losing them and my grandkids is probably more mental than reality, but…

I’m now at the point where I’ve let Brina back out and given her some much needed space, literally and figuratively. She made her first appearance shortly after the divorce, and like most failed marriages, you doubt your worthiness so you try again, only to fail once more, because secrets eat you alive, and the person inside refuses to stay quiet. I was 44 before I shaved my legs for the first time. It’s amazing how good nylons feel and look when you only wear one pair and not five or six to try to cover up the hair. Still, I’m only willing to shave during the cold winter months–I need to become a triathlete so I can get by shaving all year long, (wouldn’t that be heaven!) The great thing about getting older—my beard is turning greyer, (along with my hair), I’m getting a decent set of man boobs, (to manipulate into decent cleavage), and the hair on my legs is fading. The downside; losing weight and dealing with excess body hair and gravity makes the reflection in the mirror grimace on occasion.

Brina came out for a trial run after the divorce. I suppressed her, purged hundreds of dollars in clothes, wigs shoes, (nearly killed me to give them away), accessories, and makeup to try at another relationship, which I promised myself that I would tell before it got serious. It did, and I didn’t. We haven’t been together for nearly four years, I still miss her, but the breakup wasn’t because of Brina. It was for a host of other reasons. She was still a privately known reason, because keeping her secret and suppressed ate at me and made me less honest than I should have been. After seven years, I missed Brina and the calming effect she had on my life. You can’t live your life in fractions, whole is the only way.

Now, we build and live a unified life with less fear, more peace, and so many wonderful pairs of shoes.

Brina is from Iowa. She is currently the Managing Editor of CDH and TGH. When she isn't busy on-site, she spends her time writing--more than a hobby, but still seeking that 1st bestseller. Under her male guise, she has 5 published works of fiction and one short novella under Brina's deplume. A recently completed CD novel should be ready in the next year and Brina hopes it can become a series with fun characters.

Hi Brina. Thank you for sharing your story. I know how it is to keep the secret for so long.There are women and wives out there who accept the other woman that hides in side us .I was married over 30 years before my wife was let in on the secret. This happened because she found my “other clothes”. The biggest part for her to get over was the hurt of deception and not knowing about the secret. She’s doing better with that part. However we’re doing great and she is a strong supporter. Sharing my secret with my wife… Read more »

I’ve said it before, but it really describes me, “I’d love to move to a new state and live my life as twins.” It would be great to be who I felt at any given time and dress accordingly. What a glorious feeling it would be to let Brina have her own room and not suitcases to live out of….

well, i have a life story. I can remember as a pre school child wearing my sisters nickers as i wanted to wear female clothing. This increased to my teenage years to wearing also my mothers clothing and loved the shaping underwear. I was always small and fine build and my mother often said that i should of been a girl. Not sure if she new something or was just my persona. As i grew only it came in fads and then went. My first marriage gave me the opportunity to dress in some of her clothing when i was… Read more »

Ahh–Life is complicated—Sooo complicated— I Was lucky–My wife (who died about a yr ago) was open minded & adventurous–From early on in our relationship we were Swingers–because she wanted to Try it—Which is opposite to most couples–(I think)– She enjoyed control over fem me–& would have Jane be the maid/servant when her “Straight” friends visited–(serving tea/cooking meals ect ect ) we never hid my dressing from the kids & they all seemed to accept it just fine-(even the grandkids-My problem was Work, although we went out often as two “Girls” – -I know this sounds like a dream come true… Read more »