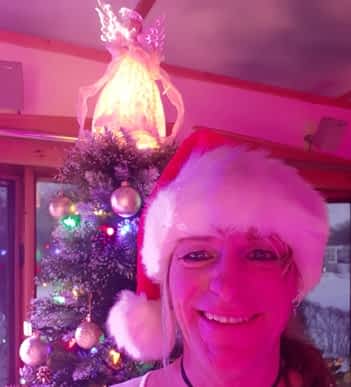 It wasn’t until I was into my 30 something stage of life that this paradox became an understanding of a truth for me.

You see, most of my life to this point had been a steep downward helix of codependent behaviors and drama; I so desperately wanted to be loved and treated with respect, but it seemed that the harder I tried to be the perfect person for someone, anyone, the worse things got.

I did everything I could think of to earn the respect and love of others, especially my partners yet the drama, loneliness and of course the self-inflicted suffering continued relentlessly.

Self inflicted? Yes, I say that because of what I now know to be a truth. As I sat in the police station explaining the situation that had gotten me assault charges, the cop who had arrested me said “I was married to a woman like that once too”; I left.

When people show you their true colors, believe them the first time.

I just wanted her to stop hitting me and smashing my things. The abuse hurt so much that my rage would fly as I punched holes in walls but never hit back. I spent an awful lot of money fixing things and I got incredibly good at doing drywall repairs.

Then one hot midsummer afternoon, amid yet another shouting match between us, something different happened; something in me shifted. Prior to this moment I was not aware of feeling hurt inside, all I felt was the anger and I was not even aware of that until it was red lining, then I too would lash out; that is called –

This day though, I noticed my feelings, and I changed my mind. I decided I would no longer allow the abuse to continue. I said to my partner, “I am no longer going to allow you to hit me and smash my things. I was taught to never hit a girl and I never have, but I have changed my mind. Just so you know, and I have been clear, from now on if you hit me, I am going to hit you back.” Obviously, this was not the best course of action to take, however, the point was, that I was no longer going to allow myself to be abused. I had had enough of being hit and hurt.

I have since learned that we do not stop doing anything until we have had enough; whether its eating ice cream and chocolate cake or allowing ourselves to be abused. It took me over a decade of being hit to say, enough, I will not allow this to continue. One quote I had read around that time helped me.

“Don’t run back to the thing that hurts you”

But I did, time and time again, until I decided I had had enough.

I decided to learn the life skills of Self-approval, Self-love, and Self-care. The abuse was self-inflicted, because I stayed in that violent relationship and allowed the abuse to continue for over a decade.

As I began to practice taking better care of myself and learning to love and respect myself, the need to “get” love or respect from outside of my-Self, became increasingly less important in my life, and the more respectful and loving “I” treated me, the more others automatically did as well.

I no longer needed or cared if others loved me because “I did,” and the more I did, the more they did.

Others will treat you the same way you do,
so treat “you”, kindly, with love and respect.

This holiday season, or any season really, give your Self a gift only you can give. Learn about codependency and begin to practice the Life Skills of Self-care and Self-love.

A wise person once said, “of all the people on this planet, you are the only one that you will never lose, and never leave, so learn to love your Self. Then teach that to everyone you know improving your own life, and theirs as well.

Make this a Happy and Safe Holiday Season dear souls; thank you for reading Your Weekly Reset and thank you for being exactly who you are!

View all articles by Char
The following two tabs change content below.

Dropping out of high school I began touring in the Canadian country music scene at age 17; clubs and soft seat venues, drummer/vocalist for 22 years. After 4 suicide attempts and heavy cocaine etc addiction issues, i decided to learn Self-Acceptance as apposed to self-hatred. I became a student of the Universe and an Instructor of Life Skills at a local College while operating a Private Coaching Practice. Currently, I am rebuilding the Life Coaching practice after a couple years of more personal work well under way. I am also creating online opportunities that will serve our world community…and our world in understanding how the learned life skills of Intentionally and Consciously Creating an Amazing Life have filled my life with Passion, Purpose and Prosperity and they can for you as well... Namaste'

Latest posts by Char (see all)

Hi Char, sounds like you had a tough time. I’m glad you survived it and have learn to love yourself. I’m starting to do that too after yearos of repressed emotions. Love the article honey. Love Trish.

Awe Thaaankyou trish, yeah, I think for many of us the path hs not always been smooth n creamy, but then, I think of the il clay pot that hs to be reeeeally burned to become strong enough for life’s challenges haha I’ve been fired in the kiln of life and Dahlling, I am feeling fabulous hahaha I look in the mirror several times a day and say something really nice to me, like, you’re so darn pretty and I just love you to bits!! After a few reps, my mind started to believe it and the old messages have… Read more »

Hi Char. Thank you for your story. Nobody can really understand living through it. I have similar memories but we are different people so only you know your feelings. Reading it (twice) gave me a good feelings. Knowing it will never happen: The guy in me would really like to know you. I think you are cute too. ﻿ ﻿

I’ve not experienced the physical abuse before. Quite the opposite. I get distance and stone cold indifference from my partner. It makes me feel unloved, unwanted and unsexy. This is something I am working through but I am glad you have found the courage to stand up. Well done Char, and thanks for your writing.

I learned long ago that the opposite to love is not hate, it is indifference. I wish you well my friend.
Hugs
Diane

Char, Thank you so much for sharing that with us. I have seen this path myself though not physical, mental abuse. It took 27 years but we are finally moving on from each other. It is a monumental relief to start seeing yourself as someone worth loving and respecting!
Hugs
Diane

hehehe Awww thaaank you.
I’m happy some good feelings surfaced for you too!! That is wonderful!
What an adventure hey Dede

thanks for saying Hon, I appreciate you!

Yes exactly!! The main thing I have learned is that I have had to tech myself how to embrace me, love me and most importantly, keep my Self in as safe a place as possible. Learning how to take care of my Self in a way that shows me, that “I” love me is what created the shift for me. they say we teach others how to treat us; when we allow abuse, its a message, when we use boundary setting and good self care skills we give our selves an “I love you enough” message…it’s working! hahaha I love… Read more »

To have the courage to love the Self enough, genuine love, and risk losing the love of someone else is monumental. I was so afraid to love myself enough; not any more because now i know the more I do, the more love comes to me in so much greater amounts than any I tried to hang on to out of ear or desperation. Learning to love me has opened so many doors, so fast that I can hardly keep up, and the love coming to me now far exceeds what I clung to for so long… I am so… Read more »