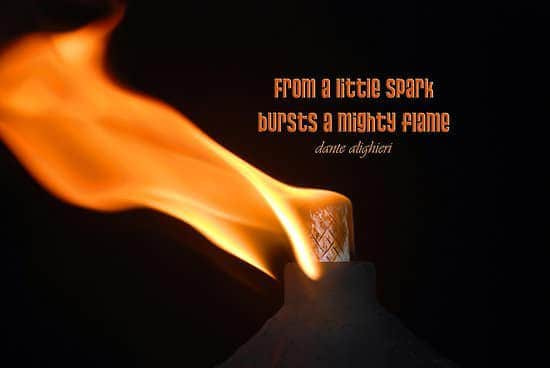 The persona of Codille was born September 16, 1983 out of the mind of a confused teenager, probably not unlike quite a few of you.  The last name Benton was added much later.  The term crossdresser certainly was not a mainstream term, and at that point, I am sure that I had never heard of it.  I really had no resources for which to look or anyone to whom to turn.  So while dressing, confusion reigned in a hormonal teen.

Then this strange system called the World Wide Web blossomed in the early 90’s.  AOL and dial-up let the world start talking to each other.  Well, as most of us know, support sites for crossdressers were nonexistent and what was out there were sex-chat sites.  The information highway was not yielding information and the cycle continued.  The term crossdresser came to light as an identifier and the information that the phenomenon called crossdressing was not just being done by ourselves, but by others as well.  Sex sites, though, were still the only thing crossdressing related on the Web.

Fast forward twenty years to 2007,  little progress with regard to genuine support had been made.  A site, a web journal really, was started by an amazing person who needed to chronicle the process of transitioning as both a personal outlet and an avenue to help and communicate with others.  That person is the woman who we know today as Vanessa Law, founder of the site, CrossdresserHeaven.com.  For four years Vanessa logged her personal experiences and information all while trying to find the end of the yellow brick road which she did in 2011.  She did one of the bravest things in baring of her soul with her writing (which is still available on the site).  I am blessed to have gotten to know her better over the last two years.

From 2011 to 2015, Crossdresserheaven.com was idle.  For some reason that I still have not figured out, Vanessa felt the need to relaunch the site in February of 2015 , not as a blog, but as a support site.  Well, having used every search engine and keyword known to man or woman,  I  stumble across this fledgling support site a few months later.   I mean it was a REAL support site and like nothing that I had ever seen before on the web.  Why?  Because there was and is nothing like it.  All of you here reading this know this through your own experiences.

The site was so new in those days.  I often introduce myself as member 62.  Claudia C was member 55.  We probably joined within two days of each other; she beat me by THAT much.  At the time, the forums were our main resource and way of talking to each other (and still are the best place for resources), the majority of the articles were still written by Vanessa, and the groups were starting to form slowly.  But for the first time in my life, I was not alone and was talking to people about real things – general life, coming out to friends and family, clothing, make-up issues, heck I still have wig problems.  This wasn’t a sex site, but a true support site.

In June of 2015, Vanessa got the silly idea that she needed help moderating the site, maybe all of 500 members at that time, and ask Claudia and myself to become the first Ambassadors.  I think there are times she is very glad that she asked the two of us, and other times that she is like “What have I done?”, but you will have to ask her.  And the site started to grow; a lot was just by word of mouth.  In December of 2015, the big mistake was made – Vanessa graciously asked me to head the now-growing team of probably six or seven Ambassadors and help her find more.  We were now global.  We have Ambassadors hailing from England, Australia and 3 of the 4 time zones in the United States (we now have Canada as well).  Crossdresser Heaven was becoming truly that, a peaceful place for crossdressers to come and get support and friendship without ridicule from the outside world.

Fast forward again.  On June 1, 2016, I retire from my past life and come onboard officially as Managing Ambassador.  I now possess all the power to blow the site up because I have no idea what the heck the technology that Vanessa just turned over to me is. We are at a dozen Ambassador and 5848 members.  We have added Local Places to Go, a Significant Others Group, and of course by now, Chat is up, alive and thriving.

With more ideas on the drawing board, I am thinking can this really be for real?  I mean, after personally searching for thirty years, could a community like this finally be real and am I a part of it?  Yes, it is, and here we are!  All of us were looking for a friend, someone that understood what at least a little we were thinking, and a place where we are free just to talk and grow from each other.

That brings us to today.  When, in December of 2015, I took over the Ambassadors, Crossdresserheaven.com was the #47 hit when you Googled searched Crossdresser Support — we are now #1.  In 8 months, we have gone from twelve Ambassadors to twenty-six now on our roster.  And now my personal reason for writing this article, in 1983, I was alone in the dark and confused.  Today I am proud to say that I was the 62nd registered member of Crossdresser Heaven, a family that hit a major milestone with NOW over 10,000 registered Members.  THANK YOU for finding our little, well maybe not so little anymore, corner of the web and being a part of this growing and thriving community.

View all articles by Manager Codille
The following two tabs change content below.

Thank you for this site!!! and all the info and friends!!! You are a blessing to myself and others! My Realization came to light many years ago in silence as it did for many, now, I finally feel safe to reach out and find friends and support! Than You So much!

Thank you for reminding me!!!!

I have been a member for a few years now. Just piercing all of the articles and such. Recently my only source of outlet, support, and help at all went away. I’m not ready to come out, or even dress. Where do I go from here?