The Sisterhood I Feel Here At Crossdresser Heaven! 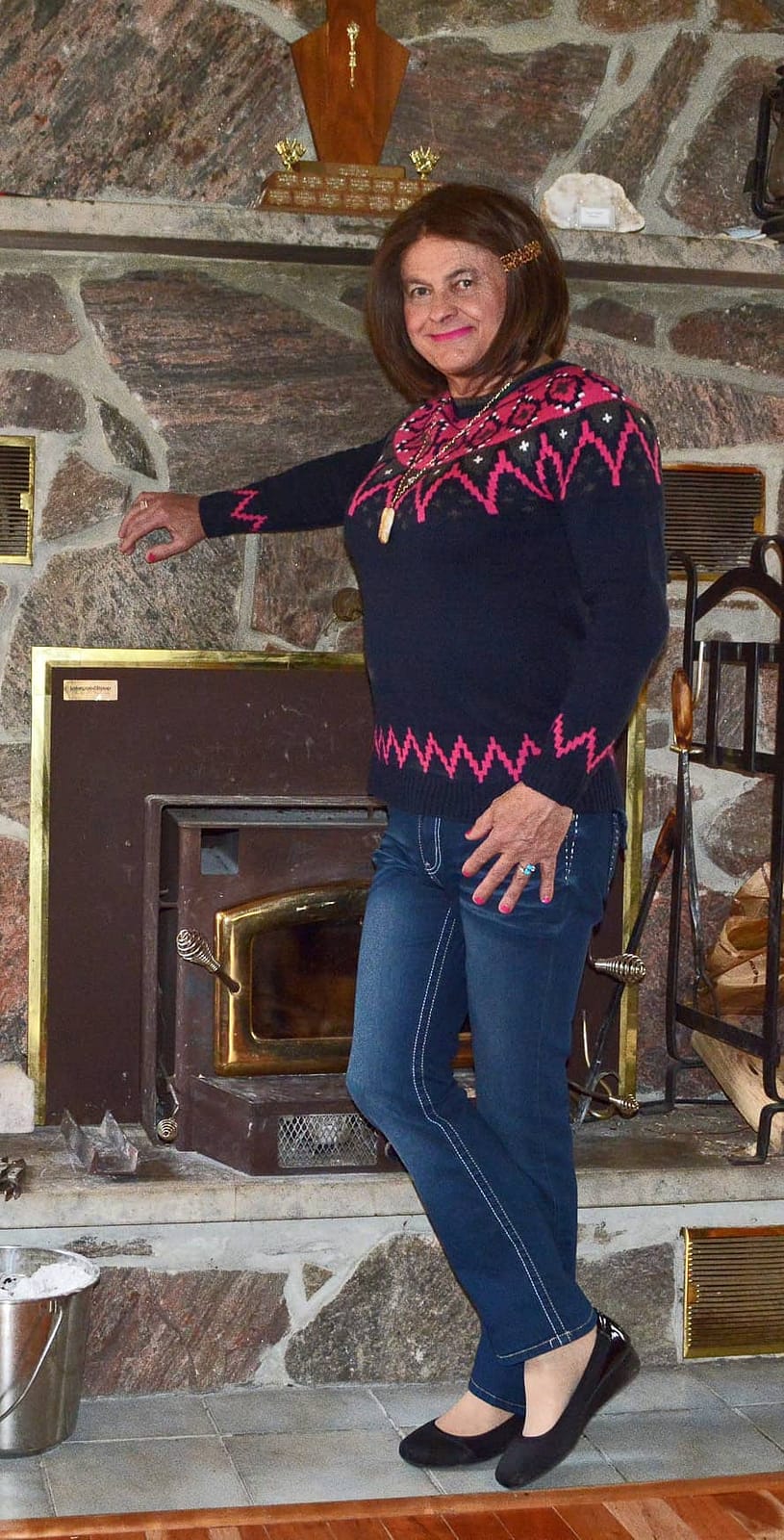 This is my way of saying thanks and I wanted to make a small tribute to the wonderful friendships I’ve found both here and in the wider CD and TG community.

A few of you might know me a little bit from my posts and articles here over the last year and half or so, but I’ll give a bit more background.

Some 20 plus years ago we decided when the time came to retire, we would get out of the big city and back into the country life were we both had our roots.

Since all those lovely places we called home way back have been irrevocably changed for us over the years, we decided we didn’t want to go back there and would find somewhere else instead.

After a long search, taking many factors into consideration we settled on a new area and found a place there. A nice farming area and a place with a bit more space and privacy than the cramped city house was, although we are not farming and that’s fine with us.

Though I really wanted the move, it was me who was having the hardest time dealing with the implications of leaving the old neighborhood behind and all of the friends I had there.

Not knowing anyone usually isn’t a barrier for me. For some reason I seem to be the social butterfly of the family (who knew?), plus we were a member of a couple car related clubs which are much like an extended family. I can go to a show in a new area and make friends with people I’ve never met before.

Still it bothered me immensely and I started using the expression “I’m going to be a stranger in a strange land”. Kind of an exaggeration, of course. As the “Land” here is very nice indeed. But they were my very real feelings of loss for the many long friendships I’d had and the part of the city which had been good to us for so many years.

Right after the move, and we were still getting settled in the new house and I found my urge to dress getting greater all the time. It was later that year when I really started into my journey and found “Amy” there. I also found this website but was too afraid to join up for a while. Silly me, as it turns out! However, when I finally got the courage to join, it was through here I met a whole new circle of friends, all part of the CD and TG community of course.

Through another member here, I was introduced to a local CD social Club which allowed Amy to spread her wings and finally go out into the world. That had been a dream like fantasy of mine for many years, decades actually, but I was so afraid to go very far along that road for so many reasons. Not the least of which I was terrified and not looking the part – “not passing” as the expression goes. For many years I had no guidance as to how to dress or how to present oneself as a woman.

This was totally a joint effort from so many involved. Talking about this part of my life with so many of the other girls here and then having so much trepidation meeting some other CD’s face to face for the first time. What followed after that were more introductions and more new friends!

Now I have such a wide group of friends – more than ever before – and so many due to my involvement here at Crossdresser Heaven.

So a huge thank you to the lovely ladies here and everywhere!

Girls, please feel free to send in any comments pertaining to the writings in my article.

Also take a few minutes of your time to answer one or more of the questions I’ve posed to you above.

Again, thank you girls for your sisterhood, support, and encouragement!

Amy, A absolutely share your feeling that the girls here at CDH are family. When the urge to Dress returned, after being suppressed all my adult life, I felt totally alone, and kept it totally to myself. It wasn’t until I stumbled across some YouTube videos, which led me eventually to CDH that there were many others like me: “straight” crossdressers. The advice, support and encouragement I have received here has let me understand my past, accept CD as normal behavior, and discover the truth that I’m socially Trans, and to be ate peace with that fact. I can’t find… Read more »

Thank you, Bettylou. I have gone through much the same, the guilt and shame after enjoying being dressed up for a while takes a while to overcome.
When one does, then you can simply enjoy the wonderful feeling of becoming feminine, if only for a while.
Amy

Great story Amy thank you for sharing, I wish we had more of a community here in Australia to have meetings with, who knows maybe one day

Thank you Paula. Part of the “problem” is that we are often so secretive about this, that it is difficult to connect with others at times. I really believe there are a lot like us out there, everywhere, but finding each other can be another thing entirely.
Amy

Nice article Amy, great to hear how the changes in your life have been coming together in such a positive way.

Well written Amy, another great example we in our “Transnat” e.mail group srtiove to uphold

Great article, Amy, and that fireplace is impressive, very similar to the one in my parents’ home decades ago. Yes, there is bonding here on CDH, among the girls. Yes again, I would love to get together with girls here in Atlanta. Moreover, with such a large city as Atlanta, I so often wonder why we do not have more sisterhood groups here? We are home to one of the last two Tri-ESS chapters in the country, but it is faltering badly. In fact, my wife and I just resigned as members of the administrative board of the group. We… Read more »

Peggy Sue; Thank you for your nice comments. The fireplace is an interesting feature. It is designed to be very functional and can provide heat to the whole 2,000 sg ft house to quite cold outside temps, like 10 F or less. I cannot answer your question, I had only heard of Tri-ESS last year. Though at one point I might of joined had I known about them, if they were in Canada that is. What a difference that might of made in my life had I found a support group so much sooner! I am sad to hear that… Read more »

Thanks for your wonderful story Amy. We don’t have much of a community here in Northern Ireland xx

Thank you Pauline. At least you have us here at CDH!
Amy

Thank you for sharing Amy. Your story is an inspiration for writing my own. I never realized how much it helps to hear about how everyone finds their path. For me that is one of the biggest attractions of CDH. Learning we aren’t alone. It feels like being lost at see than washing up on an island with so many people who are supporting and understanding of the journey and the various paths forward.

Rianna, thank you for nice comments. You make the biggest and most important point of all of this. That we aren’t alone, we aren’t some kind of freak, which is what many of us have felt we are.
I will be looking forward to reading your story sometime!
Amy

Amy- great job explaining what the community here has meant or so many. While you have other sources of camaraderie , so many here don’t and the sense of “belonging” and being accepted is one of the best aspects of this wonderful site.
Cyn

Cyn, thank you very much!
Amy

I enjoyed your article and yes, I do feel a sisterhood with the girl friends I have made on the CDH and especially with one in particular who I chat with daily. I also look forward to meeting some of my local CDH sisters in the near future. We are trying to plan that out which is not easy in this era of pandemic and social distancing and masking etc ad nauseum.

Thanks Alice. Yes it’s not easy to socialize these days. Here in Ontario restrictions are slowly being lifted so hopefully we will be getting closer to normal in a few more weeks!
Amy

I actually did get to meet one of my local CDH girl friends in Walmart yesterday. We shopped and grabbed a bite at Walmart. That was fun.