A little over a year ago, after joining my Local Crossdresser Support Group (LCSG), I was contemplating how far I have come in understanding who I am.  Meili is my female persona, a name that I gave her upon joining the LCSG.  Manly is my male persona.  As I look back, Manly was partially a put up, having several disguises and props to avoid exposing my feminine nature.  Manly may have been protecting Meili, but also suppressed and hidden. Time, though, is short.  Most of my life, I lived in fear or shame, allowing Manly to keep Meili hidden, not fully knowing who we are together, but more importantly, who we can be together.  Today, I know that Meili is not some kind of illness, but rather Meili is who I am in conjunction with Manly.  I do not have to be ashamed of myself anymore.

Growing up in the late 1960s and 1970s, there was no word in mainstream society for someone who was feminine in nature and on top of that I am of Latin and American Indian decent.  As a child, I did not know that anything was wrong with regard to the color of my skin, but I knew I was different growing up.   I did not really fit in with the larger general male groups.   On a few occasions, I had the typical schoolyard brawl before middle school.  Having two older brothers had taught me how to defend myself, and though I was not naturally aggressive, I came out on top.  I experienced direct discrimination the first time leading into middle school — I was ridiculed for the color of my skin by another student.

From middle school through high school, I had to defend myself once more.  Thankfully, by then, it was obvious that I could take care of myself both physically and verbally.  I am not trying to make this sound all too bad.  For the most part, no one constantly bullied or attacked me.  There were, however, the rare and isolated incidents of either being called a Mexican or go back where I came from.   It would have been hard for me to go anywhere since my ancestors came directly from Spain in 1600s to New Mexico and integrated with American Indians in 1800s.   I was somewhat confused at the ignorance of people who knew nothing about me.   Was I just different because of  the color of my skin or was there something else?

In high school, I convinced my girlfriend to take me dressed as Meili to her family’s Halloween party.  I completely passed as a woman to those that did not know me.  At that time, I experienced feelings to be this way at will.  Unfortunately, I did not know how to explain this to anyone; I did not yet understand what was wrong with me. (The full experience can be read in my first article, “Transcendent”).   My girlfriend and I continued to date and had a daughter together a year later.  This triggered something inside me to work harder and find the best employment possible — after all, I had a family for whom I needed to care.  My girlfriend and I got an apartment; I worked hard to support us and our daughter.  My girlfriend’s goals, however, were not compatible with mine, and we separated.  Moving forward, I took my obligations seriously.  Continuing to work hard, I willingly paid child support and saw my daughter every other weekend until I married my first wife.

Manly had a fairly good permanent position at the time he met his first wife.  He was working thirty-two hours a week as a computer operator on grave yard shift which improved to 5 days a week before we got married.  When Manly married the first time, he was not a high school graduate; Manly had dropped out in eleventh grade as a result his high school girlfriend’s influence – a decision that I seriously regretted.  Without telling his wife, Manly earned his GED soon after they were married.  Manly used this new platform of being married as motivation to move ahead with his goals and career.  He soon became caught up with going to college for four hours a day while working eight hours for two years straight. This was the catalyst that kicked off his career in a fantastic way.  Manly was finally earning the resources needed to care for my family as desired.

Check out Part 2 as Meili continues to share her personal and spiritual journey. 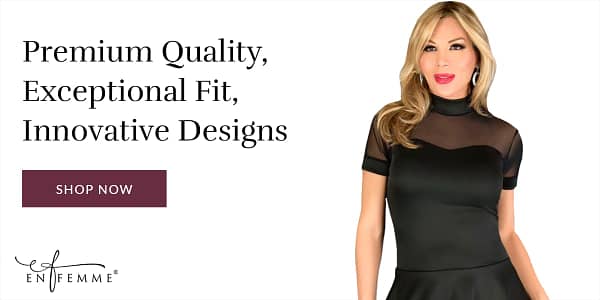 View all articles by Meili
The following two tabs change content below.

Hello, at this time I refer to myself as Meili. It was December 2015 when I when my journey lead me to a Crossdresser Support Group (CSG). I was 52 then. Now I am feeling more complete as a person then I ever have with the support from my Wife.

Latest posts by Meili (see all)

Thank you Meili for this insight. I look forward to part 2. This was very well written. I am off to read Transcedent.

Hi Meili, Thanks so much for sharing Part 1 of the story of your journey. I’m looking forward to reading Part 2. All the very best,
Hugs, Krista

Hi Meili,
Thanks for sharing this, as well as your initial post Transcendent. Both of these are very meaningful in this shared journey of accepting and embracing who we are.
Kim

Meili
You have a very special gift for writing which was expressed in your memoir. Thank you for sharing…. That is why I embrace CDH website. Everyone has a story or an experience to share … Looking forward to part 2
Leonara

Looking forward to the conclusion of your story. Your experience is similar to many others who had/have difficulty integrating the two parts of their personality/soul.